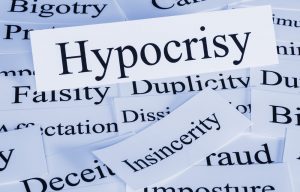 …but people keep insisting on bring them up anyway, as if they do matter.

Today’s confirmation of Amy Coney Barrett… quite possible the least qualified nominee in my lifetime, I mean, even Clarence Thomas had some legit experience and qualifications… has all the standard partisans beating the same drums. Which in and of itself isn’t too bad, but what’s frustrating is that much of the angst is simply… dumb. Irrelevant. Poorly thought out. Nothing more than whining.  People are trying to convey why this shouldn’t have happened, such as…

Completely 100% irrelevant. Senators are elected per state and as such everything single one won their individual election. People who keep spewing this nonsense… ahem, Robert Reich (for such a smart man he sure is totally blind, at times)… should knew better.

The nominating president had been impeached

It’s allowed, get over it. Are you suggesting an impeached president not be allowed to do their job afterward?

So? That’s not how the game rules are written. The president, for good or for bad, is elected via the Electoral College, and his opponent was trying to win by the same rules.

Again, so? Read above.

The only aspect worthy of legit complaint is that Merrick Garland was legally and legitimately nominated by a duly and legally elected president who was only three years into his second term, and as such deserved an honest hearing and vote. But if the is the “new normal”, so be it. When/if the Dems seek to pack the court Reps need to simply STFU!