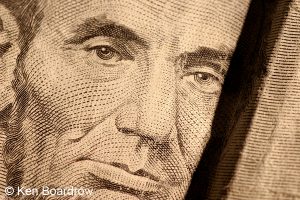 First off let me just say that I hate dumb and unnecessary euphemisms.  Especially over-usage of the word “hero”.  You’re not a hero just because you did your job.

Be that as it may, when the stay-at-home orders and guidelines over the coronavirus and covid-19 came to be, some people were really stuck in their jobs.  They truly needed to go in to work day after day and did not have the luxury of working from home.  Medical personnel, grocery workers, and so on.  Just two examples, there’s more.  All of these services were indeed “necessary”.  People were getting sick and dying and needed to be treated.  People need to eat.  I get that, and there’s no way around either.  Most definitely these people are/were “essential”… but they’re essential in normal times, too.

Many employers started temporarily paying them an extra $2/hr more, Starbucks even paid $3/hr more.  It was clearly stated it would be limited and was intended to help in a time of crises, because the key word here was “temporary”.  Everyone was fine when the expanded wages were rolled out, no one complained they’d be temporary, and to be honest I’m not sure anyone even heard that word, or understand what it means.

When the expanded wages were started I cringed.  Not because they didn’t deserve it… they do… but because if you know anything abut human nature you know people, when given something extra, never want to go back.  And here we are.  Employers are starting to either end the expanded wages or announce a soon-to-come ending of said expanded wages, and guess what’s happening… protests.

You could say the pandemic isn’t over yet, and I wouldn’t disagree with you at all, but let’s say we went to the end of August and everything were stable again… it’d just be the same thing, protests and not wanting to go back to normal.  (Normal wages are a different issue and not included here.)

This is why I hold this unpopular opinion: The expanded “hazard pay” should never have been done.  People simply do not comprehend they were given an extra, a temporary boost, to help them through difficult times and that said difficult times would eventually come to an end.  For all the good it did and should have done, it’s also only going to cause hard feelings and increase the divide between employees and employers.

Final thoughts:  It’s not that I think these people don’t deserve it, I’ll say again I actually do think they deserve it, but increasing wages temporarily was not a good move, so maybe a bonus… a nice meaningful bonus… at the end would have been better.