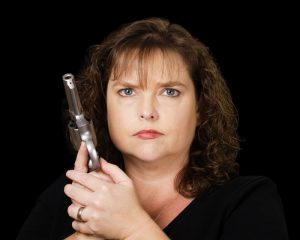 In short, no, it is not.  I know several people who feel that it is, and when I listen to their arguments I can see why they feel that way, but when I look deeper I come to the conclusion that they’re actually an affirmation of one of our most core principles of justice… innocent until proven guilty.

For those who are unaware, “stand your ground” is a law in many states which essentially says a person is not required to retreat, and can use deadly force to protect them self.  Nuances will vary from state to state, but that’s the general gist.  A good general definition can be found here.

It has long been my opinion that people have a basic human right to defend themselves, and their families, from harm.  “Stand your ground” fits neatly inside that.  Please note that it is NOT a “get out of jail free” card.  It is merely a legitimate legal defense that may or may not apply to a given situation.  You want a real “get out of jail free” card?  Try a police shooting and the shooting officer says “I feared for my life.”  The officer’s superiors pretty much close up their notebooks and go home at that point.  Case closed.  No harm no foul, not even a blot on the permanent record.  While the two sound remarkably similar, and indeed they are in concept, real-world application is night and day.  Police get away with it all the time.  That’s too far to the other direction.  And while there are some high-profile anecdotes of average citizens getting away with it, too, the incidents of this is far less common, regardless what sensationalist media would have us believe.

The current incident gaining national attention is a case in Florida, the shooting of Markeis McGlockton by Michael Drejka.  I’m not going to regurgitate the entire story, you can read about it in the link I provide, but in a nutshell Mr Drejka is a self-appointed handicapped parking space policeman and it went from there.  The sheriff announced, after investigating the case, that Drejka would not be charged.  Many people are upset about this.  I’ll admit that there are factors here that do not sit easy with me.  One, Drejka was intentionally confrontational, and it wasn’t his first time.  He also had a prior instance where he threatened somebody with his gun over the same type of confrontation.  Simply put, Mr Drejka is, in my opinion, an asshole.  Problem is, being an asshole does not legally justify being pushed to the ground, physically assaulted, when he did not initiate the physical aspect.  Did Mr Drejka honestly believe he was in danger?  We’ll probably never know, but the decision to not charge was still appropriate (though it wouldn’t bother me if there were something else legit he could be charged with).  Why it was appropriate is best illustrated here, as taken from the same linked story…

In the past, defense attorneys had to explain why their clients deserved immunity in a killing. Now prosecutors have to prove that people who claim they were standing their ground are wrong.

~Emphasis in bold mine.

That’s it right there.  That is my defining moment of why I approve of “stand your ground”.  Emotion aside, individual anecdotes showing clear misapplication aside, that’s why “stand your ground” is a good law… the prosecutor is supposed to prove their case, not the other way around.  We seem to have forgotten that.  We have been play acting at ‘innocent until proven guilty’ for decades, if not since the founding of our justice system.  We spew forth the words, but we don’t apply them, or deep down really believe them.  The prosecution has always had the upper hand in what we are learning recently as being illegitimate and unearned credibility and integrity.  Keep in mind that laws are most often reactionary, and as such “stand your ground” is a move to counter said one-sidedness and bring back some semblance of proper balance.

Iowa recently enacted their version of “stand your ground”.  There is a current case winding its way through the system where two young men were shooting at each other in a questionable neighborhood.  Long story short, BOTH men claimed they were immune from prosecution due to “stand your ground”.  Both were denied by a judge to use said defense, which right there sinks the broad ‘legalized murder’ claim if it has to be judge-approved before it can be used, at least in Iowa.  As I said, nuances will vary from state to state, but in Iowa at least you can’t just claim “stand your ground” and take it to court.

So there you have it.  Fairness isn’t always emotionally satisfying, and there will always be something that falls through the cracks, we are human after all, but the law is not intended to satisfy our personal outrage in individual cases.  The law… justice… is intended to be blind, and as such equally applicable.  We should demand no less.