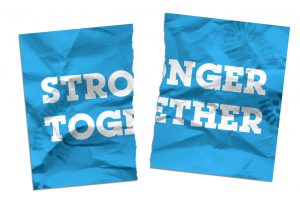 Today is the last day of 2017.  Politically, where do we go from here?

Tough question, isn’t it?  I mean, we all individually know which direction we should go, just whichever direction we would choose for everybody to go, right?  If everyone would just agree to be on the same page… preferably MY page… life would be so much better.  There, problem solved.

And there’s a lot of truth to that.  If everyone would just agree to agree, things would get done, life would be easy, and everything would be great.  As true as it is, it’s also the peak of naivete.  This is not how people work and think.  This notion that people even can come together is an idealized fantasy… with a dash of arrogance thrown in for good measure.

Now, I’ve long thought, in a theoretical sense, that literally ANY political ideology and system would work as long as everyone is on the same page.  Conservatism, progressivism, socialism, communism, fascism… even libertarianism… doesn’t matter.  If everyone is on the same page, then everyone is working from the same set of rules and expectations and goals, and things will work out just fine.  daily life would be relatively stress-free and without conflict.  If everyone is on board with an authoritarian fascist regime, then there will be few problems and things will run smoothly.  If everyone desires a selfless communist society (per paper theory, not how they actually play out in the real world), then that can happen just as easily and there would be few problems.

But there will be problems, regardless the belief system.  Always.  Without exception.  Why?  Because it is a fact that not all people are hard-wired identically.  Not everyone is an authoritarian fascist.  Nor is everyone a progressive, or a conservative, or a <whatever>.  People think differently, even when from the same upbringing and social environment, and as such react and respond differently.

And this is where people on the extreme ends of any political spectrum fall off the boat.  People on the extremes believe… sincerely, I’ll grant… that their way is the only best way, and that if everyone one else would just come to accept that, all would be good. Unfortunately, this is blind denial of reality, this is blind denial of simple basic human nature, and will cause any ideology or system to have serious issues, with the most extreme of them eventually outright failing.

The arrogant aspect comes in when people believe that their way is right and the other ways are wrong.  No allowance for nuance or degree.  No meeting in the middle.  Compromise is verboten.  Their way, or the highway.  And this is why I have evolved, I believe, to being a Centrist.  I recognize that people are different, and I accept it.  That doesn’t mean that I don’t have my own conclusions that I think are best for everybody as well, I just recognize the differences that do exist, and maybe as kind of a negative fatalistic response, have developed a corresponding cynicism.

So, in the spirit of new beginnings that a new year brings, where will we go from here?  Sadly, we’ll continue on as we always have.  Don’t expect anything different.  Happy New Year!  🙂