A few days ago Russia… let’s be honest, Vladimir Putin… launched a full invasion of Ukraine.  Not just small pieces, but the entire country.  Now, I will not front, I support Ukraine in this 100%, though I do not believe it will go well for them.

Please note that my thoughts have been very fluid on this situation for several weeks.  What I say and think may change based on unfolding events, and already have changed since the actual invasion a few days ago.  My points and topics here may be kind of scattered and incomplete, but hopefully they will come together over time.  So, some random thoughts and points…

What does Putin want?

I believe the primary purpose behind Putin’s actions are his ego, his concern with his legacy.  He doesn’t want to be remembered as just another bureaucrat, he wants to be remembered in history as the one who “reassembled” the old Soviet Union, or the old Russia (as much as possible).  Ukraine is a big part of that.   Ukraine is also about the last piece he can bring back.  Belarus is a Putin Puppet state, he failed in Georgia, the countries in the Kazakhstan area might be too strong, and the Baltic states… which I believe he really wants along with Ukraine, Russia has had a “Europe inferiority complex” for centuries… are long gone, members of NATO.  But if he can get Ukraine, which has been drifting West, he would see that as a feather in his cap and help solidify his historical legacy… he believes.

There are many similarities here.  Back in the 1920s and 1930s there were various security alliances.  Very fragmented and chaotic than a single NATO today, but the same concept.  In the 1930s Adolf Hitler wanted to expand Germany, in much the same way and for the same reasons Putin wants to expand Russia.  What did Hitler/Germany do?

Ok, so what has Putin been doing?

Chip chip chip chip away.  Bit by bite by bite.  Take what you want a piece at a time.  Test the resolve of the more reasonable opposition to get what you want.  Take action in bites just small enough to get people worked up, but not big enough to prompt them to actually do anything.  Will it work?  Is it working?  For Putin, I mean.  Will Ukraine be to Putin what Poland was to Hitler, the beginning of his downfall?

That’s it for now.  I will take this up in another episode, soon.  I will say I have so many conflicting thoughts I don’t really know where to go with them.  Basically, this is getting longer than I it would, and it is taking long than I thought it would… and I got stuff to do.  So, until next time… here ya go! 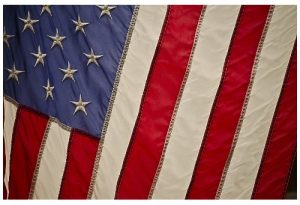 Dear Trump supporters, this post is for you:  For the four years of his presidency Mr Trump boasted “America First” and you all lapped it up and repeated it zealously.  You reveled in it.  And in the interest of full honesty… in spite of the historic connotations of the term and sentiment… at face value I agree with “America First”.  A nation, any nation, should put itself first before anyone else, just as a family should do the same, or an individual should do self-care first.  That’s not unreasonable.  So for this post we’re going with that angle, not the negative historical context.

Fact:  Back in February 2020 the Trump administration announced a withdrawal deal with the Taliban.  Not the legitimate government, the Taliban… the enemy, terrorists.  Trump, not Biden.  Ok, fine.

Biden has gotten a lot of flak for the chaos involved in our departure, but let’s observe some other facts…

Joe Biden is doing what is right, not what is easy.  Trump did the easy part, he negotiated with terrorists and gave them the country.  Biden was left to do the dirty work, the work Trump set up then abandoned.  Anyone can talk… talk is cheap… Biden had the balls to actually, finally, get us out of Afghanistan.

Donald Trump promised us “America First”… Joe Biden literally gave it to us… and you don’t want it.  So what’s your problem? 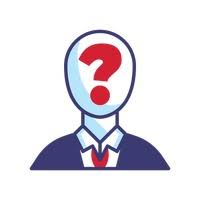 Are you an American?  Are you sure?  Are you a Constitution-respecting patriotic law-abiding citizen who values responsible government and loves and wants what’s best for your country?  Yes?  Again, are you sure?  Ok, answer this…

Such a simple question, yet so many varied responses when there is only one valid and correct response.  Stop, sit down, and repeat after me… Joe Biden is my president.  I know that about killed some of you, didn’t it?  It’s the cold hard truth.  If you are an American citizen Joe Biden is your president (we’re not entertaining Trump’s “Big Lie” about the election).  Period.  Grow up.  Stop being a child.  Get over it.

To make this clear…

Did you catch that second one?  Last year Donald Trump was your, and my, president.  Do I like saying that?  Of course not, Donald Trump is a lying cheat and thief and the worst president we have ever had, but I acknowledge him as my president at that time because it was a fact.  For four years Donald Trump was my president.  I choose to be a reasonable and rational adult living in the real world rather than a tantrum throwing juvenile trying to proclaim things into existence that simply are not.

For the record, I’m not all that enamored with Joe Biden’s big-government-loving persona, either, and I’d rather he tone it down, but he’s my president.