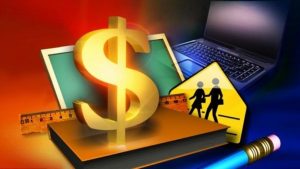 What, exactly, is a “right to an education”? (No one, technically, education is not literally a ‘right’, but I digress.)  Who deserves a good education? Everyone, correct? Of course. How far do we take that? To the end? To the extreme? Sounds good. We want everyone to be well educated and to have a fair shot, right? But is it realistic? Are we subconsciously and willfully sacrificing some kids in favor of others?

We don’t want disruptive kids to lose out, and that’s a noble sounding sentiment, but should it be the first priority? Why doesn’t the good kid who studies and stays out of trouble have a right to a good education, also? Without distraction and disruption, the presence of which only serves to lessen their educational experience. We say the good kids have equal access and opportunity, but our actions speak otherwise. Seems we have our priorities upside down.

And why is that? Are we too soft? Are we forced to follow the money? A little of both?

In many school districts they get paid for student attendance. In the beginning that probably made some sense, get kids into the schools. Educate the populace. Schools get $1.95/day* for each student attending class, which has devolved into an unnatural and corrupt incentive to keep kids in school as much as possible, damn the consequences… which I suspect is why “in-school suspensions” have become so popular, keep ’em here and we get the daily money. Maybe we should rethink that and trash the entire concept.

Maybe a better way to fund schools would be to say, “You will have an average of XX number of students for the year, and it will cost $XX to run the school, so you will get $XX, period.” Attendance would be irrelevant. Really, it should be irrelevant, as the overhead costs would not vary in either scenario. Funding should not be so high on a school administrator’s, i.e. principal, etc., mind that it trumps the core mission (education of the students). In the present system, in reality if not on paper, funding has become the core mission due to the perverse incentive.

Bottom line: Your a-hole kid’s “right” to an education should not trump my good kid’s right to an education, and to allow a relative handful of bad kids to ruin it for everyone else is shortsighted and simply wrong.

Yes, we would lose some kids. That’s unfortunate, but we need to shed our society of this “bucket crab mentality” where we allow underachievers to constantly drag people who want to work hard and excel back to the bottom. We only get average as a result. Sometimes I feel that ‘average’ is what we really value, but that’s probably another topic for another post. Regardless, we all lose out, and that’s not right.

*-Number made up for example purposes.