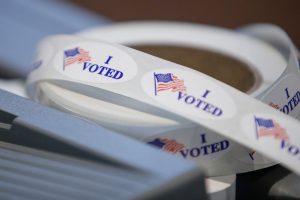 Voting access is all the rage right now.  Dems are wanting to make voting super easy… too easy… while the GOP is trying to put all kinds of restrictions and roadblocks to reasonable access to voting.  Now, let’s not kid ourselves, both parties are taking stands that benefit them in elections and thwart the other party.  If you think either party is truly altruistic, you’re naive.  The people the Dems want to include are more likely to vote for them, and the Reps want to thwart that because, as Reps are a sizeable minority, the split is close enough where it makes a difference between winning and losing.

Here’s some of the things Reps want to do, will vary by state…

That’s quite the list… and it’s not complete, but you get the gist.

Now, I’m actually with the GOP in some of these.  I don’t fall in line with either side.  Some of these have merit, some are simply petty and, well, corrupt.  If radcen were the voting czar, here’s how it would go…

In concept there is absolutely nothing wrong with verifying people voting are actually and legitimately qualified to do so.  Citizens, etc.  It’s not the ID thing that is abhorrent, it’s all the other crap masquerading as concern that is repugnant, and that needs to be nipped in the bud.