I originally wrote this almost two weeks ago, the day after a bunch of migrants from the “caravan” tried to storm the border and force their way into the country.  Then it sat, unpublished.  The points are still as valid now as they were then, so here we go…unedited., 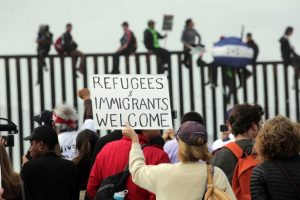 People who pay attention, and are intellectually honest, know that I loathe and detest Donald Trump both as a man and a politician, but as a preface I feel the need to reiterate that, given the current immigration topic and some people’s penchant to knee-jerk.

As much as I disagree with most of what the man does, he is pretty close to being correct on immigration, at least illegal immigration. Some points, pro and con…

Less about the current issue, but someone will bring these up…